There is only one happiness in this life, to love and be loved.

Plenty of musicians and singers from pop, R&B, rock, jazz to opera music genre have included love topics in their composition.

If music be the food of love, play on.

I share with you my 20 greatest love songs of all time:

a playlist of the most romantic songs you can listen to while setting the right mood to celebrate Valentine’s day, whether you’re a single or a couple staying home with an intimate dinner.

The song “Hello” had topped UK Singles charts, and was recently covered by Demi Lovato, and Berto La Voz.

2. Stevie Wonder – I Just Called to Say I Love You

When Wonder was invited to Carpool Karaoke with James Corden, he called Corden’s wife to serenade her: “I just called to say James loves you.”

The King also recorded versions of this song in Japanese, Italian, German, Spanish, and French.

4. Michael Bublé – My Baby Just Cares for Me

You directly fall in love when you hear this original Nina Simone tune performed by the baritone Canadian singer.

5. Ray Charles – Hallelujah I Love Her So

Referred to as “The genius”, you probably are familiar with other hits like “Unchain My Heart,” “Hit the Road Jack” and “Georgia on My Mind”.

This is the most famous song of the King of rock ‘n’ roll. It is based on a French song called “Plaisir d’Amour” and is featured in the movie Blue Hawaii.

You might think that Elvis sang it to his lover, but actually, it was a song for his grandmother on her birthday. Surprised no?

This ballad was written in only 20 minutes on the kitchen table of Elton’s mother in London, and still resonates for a lifetime.

This is a personal song where Jon exposes within the lines his experience with the music industry, live stage, and the media spotlight.

It’s the song that we all wait for when watching Scorpions live in concert, don’t you agree?

Did you know that this upbeat dance track was turned down by Leona Lewis and Nicole Scherzinger?

Lucky Rihanna ended up singing the song which was the most played one on US airwaves in 2012.

The romantic songwriter sang this ballad to his bride during the wedding ceremony in Italy.

Written by Lara herself, the song had been recorded after 20 years as a duet with Tony Carreira in Portuguese.

13. Whitney Houston – I Will Always Love You

Originally written by the country American singer Dolly Parton, “TheBodyguard” song is the best-selling soundtrack of all time.

Dolly was blown away by Whitney’s version and who isn’t?!

A song by Jennifer Rush, Celine’s version was produced by David Foster, who also worked on Whitney’s Bodyguard soundtrack.

The power ballad, recorded for the “50 Shades of Grey” movie, has more than 2 Billion views on YouTube.

Ed recorded this waltz love song to his girlfriend who was living in New York. Duet versions were also recorded, with Beyonce the Queen of R&B, and in Italian with the world’s most beloved tenor Andrea Boccelli.

A famous ballad performed by more than 200 singers all over South America, Europe, and even Russia:

El Sol de México, Luis was the first Latin singer to receive a star on the Hollywood Walk of Fame.

This song is dedicated to Enrico Caruso, one of the greatest opera singers of all time. Caruso had a very difficult personal life and struggles with opera houses.

A few years before his death, he met a young woman, taught her singing lessons, and fell deeply in love with her.

A love duet from the opera La bohème by Giacomo Puccini, the second most popular opera in the world.

Even if you don’t listen to classical music, the duet performed by the soprano diva Anna Netrebko and her husband at the Vienna Opera Ball gives you immediate goosebumps.

While both singers end on the word ‘Amor!’ with a high C note, I end this article hoping you enjoyed my best 20 love songs of all time.

Don’t forget to love yourself and keep on doing what you love the most.

For me, it is singing and teaching singing lessons near me in Montreal, and online around the world!

How about you? Let me know in a comment below! 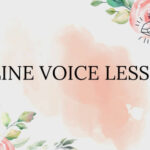 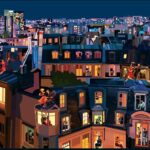