Sanaa, my mother, friend, and muse.

She was diagnosed with cancer four years ago, and following her death, I went through a period of silent depression. Because I couldn’t grieve in seclusion, music was both my escape and my healing medicine.

I met Michel Labaki at a live music performance where he played bass and I was singing the opera theme. I’ve known him as both a musician and a therapist.
I am delighted to share with you my conversation with Labaki about his psycho-educational holistic approach.

Michel Labaki A.K.A Labex is one of the top international bass players in the world, entrepreneur, psychologist, and music therapist.

The combination of Labaki’s experiences built the specialized method he invented “Freelapse” for substance abuse at a rehab center in Lebanon since 2015.

Its success pushed Labaki to travel to India and research the relationship between yoga, psychology and music therapy.

Influenced by his mother who was a pianist, he developed a longing for music. Labex has been involved in various musical techniques and styles from funk jazz, Latin to Arabic oriental fusion.

“Dear Mother” an album dedicated to his mother, was released in 2015 at the NAMM show in Anaheim California.

What made you choose the music therapy field?

Mainly for 3 reasons: as a musician for around 34 years, I had a big experience and connections with people in drug addiction in the music society.

I lost a lot of dear friends and also, another motive was my mother. That’s why I wanted to use Music as a tool for the healing process and wellbeing in order to help the community. My specialty is receptive music therapy for addiction.

Being a musician yourself, do you think playing an instrument can strengthen and accelerate the success of the therapy?

International requirements of a music therapist are to be a musician as well as playing at least 2 instruments. These are fundamentals in a therapy session, especially the active or receptive session, where playing Live Music is required.

Composing music for patients is needed as well, along with the choice of music and type of frequencies depending on the case and the objective.

What is the structure of the sessions? Are they individual or group sessions? What would the individual expect in them?

If we talk about the therapy that I invented and applied for substance abuse and drug addiction, it is based on psycho-educative sessions, each differing with its objective and action plan.

They all focus on protecting its beneficiaries against relapse, and ability to get over the addiction, by offering cognitive awareness to the patients’ actions and intentions in order to re-establish a constructive course of action, a protection plan and mainly a prevention of relapse.

Dealing with the emotions related to the cause, in order to control the impulsive reaction and thinking before behaving, this is crucial to the healing process.

The sessions include breathing techniques and travelling. The patient listens to music and processes the images seen with the therapist, talk about them, enable them to see the cognitive behavior, change the understandings in life, and reach the norms and values to improve.

Group sessions are efficient, it might be problematic for some, unless we have severe cases where we work on individuals for tailoring and diagnosis.

Do you follow the same approach for substance abusers and people depressed over a loss of a close one?

Depression and anxiety form 90% of the substance case, since abusers are not happy, they take drugs until reaching depression mode.

I use the same approach for both cases. A slight difference in the course of the session, where depressed people usually do not have a substance, thus the goal is not to get rid of an addiction or certain dependency.

Is there certain genre of music better for certain situations? In other terms, selection of songs and music styles, does it have to reflect your circumstances?

This is a delicate topic since music therapy divides active and receptive.

The choice of music and frequencies are selected depending on each individual case, emotional state, pathology, the energy and the intended objective.

Active is behavior, interaction, discharge of emotions, and body expression for the person to be comfortable in his being, loving its body, satisfied with its performance. The cases are special needs, Alzheimer, cancer patients and elderly people.

Sometimes, it is very mandatory to use music that has a meaning to the patient if your intention is to bring them back old pleasant memory which produces dopamine and serotonin in several areas of the brain which enables certain reaction and physical movement and refreshes back their memory, perhaps singing the words of a song or dancing to the beat.

Receptive is rather imagery, listening to music, cognitive behavior seeing the images, their origins and meanings. Here, the choice of music depends on the case, objective and goal to reach. It has mainly influenced the person’s education, culture, background, souvenir. The songs might trigger good passed moments or irrelevant bad memories.

For this reason, during 80% of the sessions, we do not use music with past meaning to the patients. The intention is to put them in a specific mental state, with frequencies to place the brain state in alpha mode without resistance, rejection not even justification. Sometimes, we use classical neutral music for a patient.

Which approach is your favorite music therapeutic activity?

Freelapse is my favorite method because it includes all 5 stages from breathing, to GIM Guided Imagery and Music, and the psycho-education process. Each stage with its own benefits.

What is the minimum age for music therapy?

There is no minimum age, it is similar to child psychologists who have patients of 6-7 years old.

As long as the child starts to develop a sort of intelligence, concentration and comprehension that will allow for communication.

Depending on the child’s needs, we can decide which method to use.

From a personal experience, after your mother passed away, how did your profession and educational experience prepare you to cope with her loss?

It was a very harsh experience. At the same time, it passed, because I knew how to deal and get over it.

What I might emphasize on is the package of negative emotions you go through in the phase of losing someone.

Guilt, anger, detachment, and missing the person, all these negative emotions must come out. Do not let yourself be trapped and drowned by them.

The person must be aware of their feelings, define, understand and process them separately, then let them go, free oneself from these negative emotions and ensure a constructive way out of them.

Music is a catalyst, very useful and has psychological and physiological effects, especially in neuroscience positive psychology.

Music was the main healing factor for my distress.

I dedicated my second album ‘Dear Mother’ to my mother. I translated all that I went though with music to release myself from these emotions.

At the same time, it was a way to say ‘thank you’ to my mother for everything she has taught me. The album was a gratitude and a way to compensate for all the things I wanted to do with her and could not.

How do you think music therapy will develop in the next 10 years? In your opinion, would it replace the traditional antidepressant medical pills?

Music therapy started in 1967 and shifted gradually to the academic system. However, to replace 100% of the use of antidepressants is very hard.

Combining music therapy with medical treatment is crucial and helps the patient reach a comfortable phase.

By simply listening and interacting with music, a direct impact on the brain increases the secretion of positive neurotransmitters, and that helps in the evolution and therapeutic progress of traditional medication.

Moreover, if you invest in music, compose your own songs, perform on stage in front of others, this will help you overcome depression and minimize the doze of antidepressant intake. 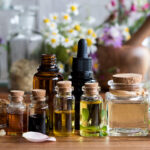