For the past five years, I have been teaching singing lessons to students with special needs, physical, and intellectual disabilities, language impairment, and some extreme cases with emotional disturbance.

Since I received no special education in the national higher conservatory and private music academies, I felt at the beginning unprepared to teach these students. I began researching materials and resources for appropriate methods to deal with these sensitive cases.

I admit it was mentally heartbreaking to be always careful in communicating with them, however, at the end of the sessions, the laughs, smiles, and positive interactions that the children made were rewarding to me, as well to their parents.

Psychologists have long emphasized the power of music and singing to reach students with disabilities. Today, we meet with expert Lebanese music therapist Mia Bteich, who has been working with Sesobel families for more than 13 years.

At a very young age, Mia lost her father. She does not remember much about him, except that he used to seat her down and play on his acoustic guitar. Although he was not a musician, but his feelings were at their best whenever he played.

Mia’s father left, but his guitar remained to remind her of the good and hard times, and most of all to drive her passion for music, specifically in the field of special education.

Mia discovered throughout her practice on the field, that using music elicited remarkable responses. She completed her degree in Music Therapy at Nantes University in France and became a member of the Fédération Française de Musicothérapie.

What is the difference between music therapy and music education?

Music therapy is a modern therapeutic approach in which music is used to address the physical, emotional, cognitive, and social needs of individuals.

The major benefits of music therapy can be generally summed up as follows:

What benefits do children with special needs derive from musical interactions?

Definitely, because engaging with music has a direct effect on cognitive skills.

Music education improves recall and retention of verbal information; it is directly related to mathematics and learning languages.

Can you tell us about the music room environment? What is the role of adding visual aids and colors to the class?

It all depends on the child’s case and the objective behind the session. Though it might help some students with special challenges, some others might find them distracting.

Students with ADHD (Attention Deficit Hyperactivity Disorder) can be easily distracted and lose concentration. Which advice can you share about this case?

The students learn how to synchronize rhythm physically, mentally, and socially and such contributes greatly to cognitive practices, social practices, and emotional regulation.

How do you choose the type of musical instrument to teach to each case and do you consider singing the easiest form?

Every situation is different. During the first sessions together, I familiarize myself with the student’s musical preferences, and we take it from there, depending on the goals and objectives set.

A misconception I often hear is that the student must know in advance to play an instrument.

How do you measure the success of each lesson?

I always go back to my objectives at the end of each session and reflect on them. I also communicate with the student using self-reflection tools, to see the level of achievements we established together.

Having the parents involved in the learning process is critical, what is the biggest challenge in helping these families to overcome the difficulties?

Accepting that there is a challenge or difficulty is where we struggle the most with parents. This is very normal because as human beings, we find it hard to come to terms with possible obstacles that come from within us.

As parents, they want their children to be flawless and perfect, therefore it is hard when they need to deal with the idea of accepting that the child is different.

But to parents, I say that different is good! Different means unique and special!

As a music educator and therapist, how do you describe society’s perception regarding the support and acceptance of kids with disabilities?

We have come a long way, but we still have a long way to go. The trend in the 21st century is inclusion, and this comes with a lot of challenges.

Society is still going through changes itself, but there is no doubt that there is an open-minded disposition that is allowing for more room, in terms of accepting others and the other.

It starts at school with inclusive education, and bit by bit moves towards larger aspects of society. There is still a lot to do, but with everyone working towards a common goal, we hope to make a change. 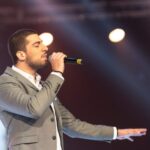 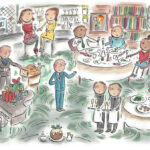