Love has no gender or sexual orientation. A lot of famous influencers and music artists participate in celebrating June as Pride Month.

Many songs and albums were released to raise awareness of equal rights, to unite in support of LGBTQ people, and to strive to make the world a better place.

What is the meaning of LGBTQ? We talk about mental health and some notable singers who have had a significant impact on the LGBT community.

1. What exactly is LGBTQ? What does the abbreviation mean?
2. 4 LGBT singers who made an influence
3. 15 best pride songs and LGBTQ anthems
4. Bullying LGBTQ singers: how safe is the community?
5. How does bullying affect LGBT people’s mental health?
6. How can we put an end to the bullying of LGBTQ singers?

What exactly is LGBTQ? What does the abbreviation mean?

The acronym refers to a person’s gender identity or sexual orientation. This 5-letter abbreviation stands for lesbian, gay, bisexual, transgender, and queer equality or questioning.

A woman who is physically or emotionally attracted to another woman, also known as a gay woman.

People who have physical or emotional feelings for others of the same sex or gender.

People may experience this type of attraction at various stages of their lives, where they may feel physical or emotional affections for people of the same gender as well as people of the opposite gender.

People’s gender identity does not correspond to their birth sex type. Some people pursue medical procedures or use hormones as prescribed.

Some people consider the terms lesbian, gay, and bisexual to be too limiting for their culture and discipline. This term is used by people whose sexual orientation is not solely heterosexual.

The final letter of LGBT is a question about what your gender identity is.

4 LGBT singers who made an influence

Some of the most influential artists and icons in music fought harassment and demonstrated through their music that remaining silent would not bring justice.

LGBT singers were powerful musicians who used their music to spread cultural awareness, queer messages of acceptance and admitting who they truly are.

Queen’s frontman was openly gay. Although some fans appeared to be unaware of the messages he attempted to convey in the 1978 Jazz album, Freddie Mercury was open and never attempted to hide his gender identity.

His song interpretation and piano melodies demonstrate how emotional a singer can be and how free he is to express himself through his music.

Wham’s frontman is regarded as a role model and a sex symbol for gay men and other LGBTQ people around the world. His sincere confession to the public forced him to say aloud what he had kept deep inside of him, and he discovered the right time to share it with honesty in his 1990 single.

As a bisexual woman, the significance of her albums’ songs resonates with queer culture and helps LGBTQ youth. Lady Gaga founded the Born This Way Foundation as a non-profit organisation.

Bullying LGBTQ singers: How Safe is the Community?

LGBTQ celebrities and singers face more harassment, abuse, violence, and various forms of social and cyberbullying than their non-LGBT peers or heterosexual artists who may face other forms of bullying.

Bullying LGBT people, on the other hand, is especially hurtful because some are hiding their sexual identity or are unaware of their desires.

We all agree that people, regardless of their sexual orientation or gender identity, physical appearance or bodyweight, interests or beliefs, deserve to be treated with dignity, compassion, and equality.

We live in a world where we can no longer accept ignorance about taboo subjects: we must all respect each other’s differences.

Trans people suffer from mental disorders as a result of discrimination, racism, and hate crimes, which increase their risk of developing PTSD (Post Traumatic Stress Disorder).

According to a study conducted by the Canadian Mental Health Association, 20% of trans people have experienced physical or sexual assault as a result of their gender identity.

Bullying is a human rights violation that affects both mental health and, in some cases, physical well-being.

80% of LGBT people believe that leaving their current town or deactivating their social media accounts would make them happier.

The lack of music inspiration, combined with higher rates of anxiety and depression, would unfortunately drive some to self-harm and substance abuse, even to the point of attempting suicide.

How can we put an end to the bullying of LGBTQ singers?

The most important factors for promoting LGBT singers’ well-being and mental health are to:

This article honours LGBTQ individuals, particularly singers, who have made a global impact and whose music promotes LGBTQ pride through pure love, acceptance, and happiness.

The future of Live Music industry after COVID-19 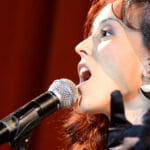 Can you expand your vocal range?