It’s all about The Voice, La Plus Belle Voix.

He’s famous for being the fifth talent representing Lebanon in the Voice France season 9, with a standing ovation from Lara Fabian.

Enzo Sabbagha, a.k.a Enzo S. is an independent artist, a Lebanese soul, R&B, and Jazz singer.

In 2011, his rock band ‘The Coolcumbers’ was nominated for “Best Local Cover Act” in the Time Out Beirut Nightlife Awards. Their debut album was released in December 2013.

Enzo S. pursued his musical studies at Concordia University in Montreal, with a specialization in Jazz.

In Canada, he sang with the backing band ‘the Firing Squad’, as well as United Tribulation gospel choir.

In 2018, he came back to Lebanon and made his solo career by singing in pubs, weddings, private events, and fundraising concerts like Heartbeat – La Chaine de L’Espoir.

How many instruments do you play and who inspired you to sing?

When I was 6 years old, my parents took me to a music school and asked me to choose an instrument. I wouldn’t be able to tell you why, but I picked the violin.

Six years later, I started playing drums, and shortly after, I taught myself how to play the guitar and sing. My sister used to take guitar lessons so I would sneak in and listen to what the teacher said. Today, she can’t even play the guitar but I can!

Did your parents influence your decision to study a music major? and why did you choose Jazz style instead of rock or classical?

When I moved to Montreal after high school, I was enrolled at Concordia University to study finance. It took me a few weeks to realize that this major was not meant for me, even if I was good at it.

Luckily, I found out there was a music department. I never really asked my parents if I could apply. I simply told them I did and they supported me.

Coming from a rock style background, I wanted to get a deep understanding of music, and Jazz theory seemed like the right choice for me, and when I got into it, I never looked back.

Who is your idol? What is your favorite album of all time?

I don’t like the concept of idols and I don’t see myself idolizing anyone.

I would say that one of the artists who has shaped and influenced me the most would be Bobby McFerrin (you might know him as the “Don’t Worry be Happy” guy but trust me, he’s much more than that).

And if there’s one album that I’m listening to on repeat, it’s ‘Gumbo’ by PJ Morton.

Your musical journey started in a rock band, jazz education, gospel choir, and as a solo artist in weddings and events. What is a common challenge that you faced in every performance? and how do you keep your identity no matter what style and language you sing?

The topic of identity has been on my mind from the moment I decided music was gonna be my life. I find it pretentious to assume we know what our artistic identity is gonna be, before even trying different things.

That’s why I vary styles, genres, languages, and even the instrument I’m using to compose. It’s part of the process I guess.

But I believe I found my vocal timbre and that’s what I try to preserve, no matter the context of the performance.

What is one advice you would give to singers auditioning for TV shows and international competitions?

Know yourself, and don’t wait for people to tell you what they “see you as”.

Being on TV means exposing yourself to the world, so make sure you work on your vocal technique and identity before auditioning.

Why did you choose Lara Fabian as your vocal coach? and what did you learn from ‘the voice’ audition and performances?

I chose Lara Fabian on the spot, even though all the coaches including Marc Lavoine talked to me backstage. Lara convinced me the most and told me the singing tips I wanted to hear.

The whole adventure was a blessing: performing on an international stage in front of millions of people, having the chance to meet famous and new artists, with whom I developed real relationships even to this day.

How do you stay healthy and are you currently taking singing lessons?

I practice every day.

It’s always funny when people ask ‘how are you able to go on stage and do what you do?’ ‘OMG you’re so talented’ ‘I wish I had a gifted voice’.

Well, it’s a lot of practice, practice, and oh, did I mention practice?

In my university years, I would practice 3 hours and could last for up to 6 hours of rehearsals. So, I didn’t magically sing this way.

And yes, I had the chance to meet Pierre-Yves Duschene, Lara Fabian’s vocal coach, who was willing to take me under his wing and help me out with my instrument.

Even though I am currently teaching voice lessons, I believe having Pierre-Yves as my mentor is crucial for my voice development and musical career.

In December 2018, you came back to Lebanon hoping for a change in the music scene. Do you think we have a poor appreciation of local talents and independent artists in Lebanon?

It depends on the ‘we’. If you’re talking about the country then yes, we have no idea how to quantify or qualify talent no matter the discipline.

Anything any artist does comes from a personal initiative, there are no structures established to help out, and talking about music, the state of our official institutions is a blatant joke, whether it’s the conservatory that has the most outdated curriculum ever, or the syndicate that never helps, and only sanctions when it benefits them.

I think we fail to understand that aside from Oriental music, no genre is part of culture and understanding, and we need outside help to bring knowledge and awareness of different styles.

Yes we have good teachers in Lebanon, but having a rich music scene means you need more than one of each to teach a whole new generation of musicians.

Weddings and live events were shuttered as a result of an unprecedented economic crisis and a pandemic call for social distancing and quarantine. The music industry is encountering serious consequences, especially independent freelance singers relying mainly on their shows to survive. What can you say to the young aspiring generation to stay motivated in this chaos?

I have no lesson to give anyone in regards to that.

I would be lying if I said that I have figured out how to stay motivated right now. The challenging times we are currently facing have been the death of my creativity and I’m sure I’m not the only one.

Maybe people expect me to send a message of hope, but artists are also human and they need to be able to express their inability to face a challenge.

I hope leaving the country again is gonna bring me back to the days I so enjoyed, so there you go people, you wanna be motivated again? Leave as soon as you can. 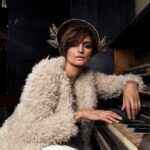 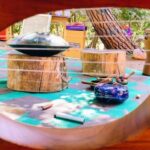